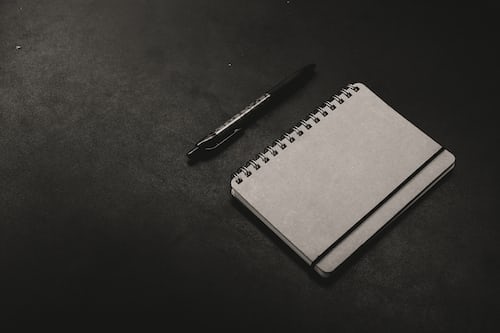 Much of my writing is about The Nexus – that magical intersection where your professional passions merge with the needs and goals of your organization to create a win/win that moves productivity forward toward the big goals. That is the core of my recent book and the foundation of what I coach leaders about how to get the best out of themselves and their organizations.

But when I look at my own Nexus and how I got there, I see a winding path and there were times I got stuck…

Many of you were with me along the journey of another book I started to write many years ago, When We Were Made in America. (That’s the latest title. I haven’t given up on that work.) After Grub Street, Boston’s premier, national creative writing center, accepted me into their 10-month pilot program called the Non-Fiction Career Lab, I imagined I’d write that book in nine months. But I struggled with the lack of self-confidence that comes at mid-career when you dare to leap from something you know (leadership coaching and organizational consulting) to the unknown, which for me was non-fiction writing. When I settled in my seat every Wednesday, I felt intimidated by the sheer talent of my instructors and classmates, who included a brilliant New York Times columnist, a celebrated local author, and rising-star classmate whose work was immediately featured in Boston Magazine. They were quick to pick up nuanced ideas and writing conventions and used sophisticated words.

But what stood out the most, is they got up to bat, made more shots on goal, submitted their writing to journals, periodicals and magazines and got back on the horse, rejection after rejection. My friend Molly submitted an essay to more than 100 outlets and never gave up until she got that essay published. Between you and me, I took one shot on goal and submitted an article to HBR, got rejected and didn’t submit anything else.  Struggling to find the core message of my writing, I felt miserable; disconnected; farther from The Nexus than when I’d started. I froze and could not move forward.

Have you seen this bumper sticker that advises, “You’re a Human Being, not a Human Doing”? I hate that bumper sticker because the truth is I am happiest when I act; move forward. Don’t get me wrong, there are many benefits to being still and reflecting. “We don’t learn by doing, we learn by reflecting on doing,” the educator John Dewey famously said. But we can’t remain frozen in our dreams or thoughts without acting in the world, without taking a shot on goal or getting up to bat once we’ve decided on a goal, direction or purpose.

My heritage is Italian, and my family spent a few years living in Rome, Italy. Italians use the word avanti, which means “move forward.” Action is what enables you to gain experience and learn about the world, a topic, someone else; yourself. I find myself not wanting to sit still. I want to be in the world. To be connected. To move forward. With verve.

How about you? From this perch, with so much of 2018 still ahead, what is your “doing”? What is something you’ve been wanting to do but have been afraid, frozen?

Write that down, let it sink in … and then say AVANTI!

Take Charge of Your View: Career Advice You Won’t Get From Your Boss

Lisa Prior, a 20-year veteran leadership coach and change consultant, is on a mission to help people build the career of their dreams. Unlike most self-help books that tell people to quit their jobs and follow a “do what you love and the money will follow” theory, Lisa challenges you to dig deep to develop yourself, your career and your organization in your current role, whether you work for yourself or someone else. Learn more »