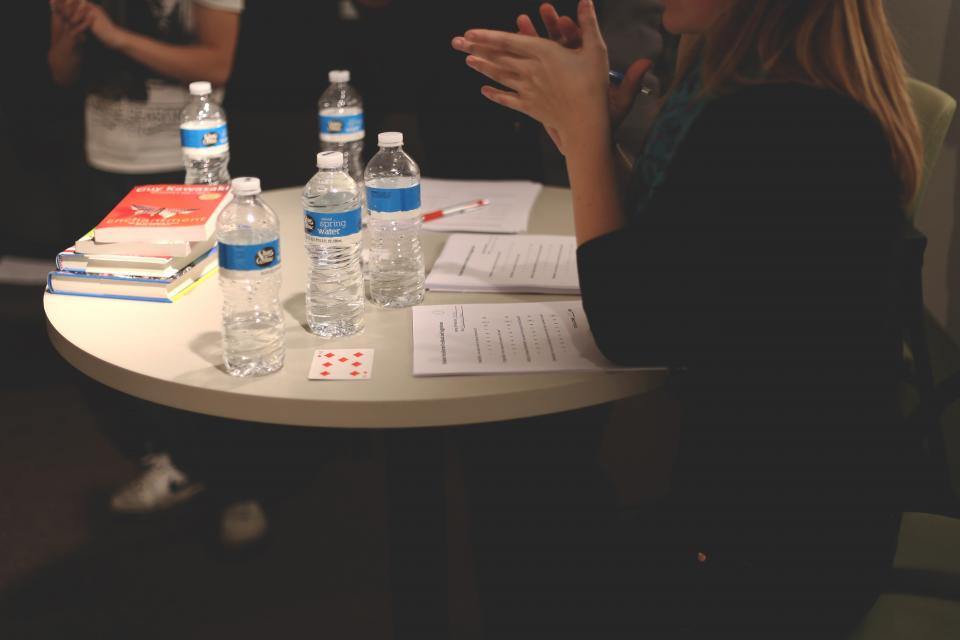 In our previous post, we met in my grandmother’s kitchen and I introduced the first of five secret ingredients of great teams. We began with inspiring purpose. It’s time to reveal the next two.

Tony* had the steering wheel. Seven of us crowded in a circle, gripped the metal bar, and pedaled across a parking lot at the Googleplex.

It was a sunny afternoon in Palo Alto, California. Our group, the Executive Development Roundtable, part of Boston University’s Questrom School of Business, had been walking the campus with its 3.1 million square feet of office space on an insider’s tour. When we stumbled upon this strange, yellow contraption of pedals and bike seats, we jumped at the chance to take a Google’s “meeting bike” for a test drive.

I imagine that the seven-seat bicycle shaped like a roundtable was just one of Google’s many experiments to uncover the secrets of great teams. More symbolic than practical, Google’s insatiable appetite to dissect the behaviors that drive team performance led to a data-driven study.

Two hundred Google teams went under the microscope to pinpoint the special sauce of a great Google team. The findings surprised the quants (people who really, really, really like numbers): great teams live by a set of norms. Norms are agreements about how people will work with one another. The two norms of most importance? Turn-taking and empathy.

Turn-taking means giving each person a chance to be heard. Empathy is the skill of putting yourself in someone else’s shoes. How would your team do under Google’s microscope?

Tips you can use: In your next team meeting, ask people to read this New York Times’ article on Google’s findings. Lead a discussion where you ask the team to pinpoint instances of turn-taking and empathy. Ask how the team could increase the use of these crucial skills, for greater enjoyment and productivity.

Up next, we’ll head to Arlington, Virginia, to learn about ingredient #3, where I was certified in a powerful team coaching approach by my friends at consulting firm Corentus.
*That isn’t ‘Tony’’s real name.

Ingredient #3: Supporting Each Other

Think of the best team you’ve been part of. What qualities did that team possess? How did youfeel about being part of that team?

If you are like most people, your best team was committed to an inspiring purpose and lived by a set of norms. But more than that, you probably felt like your team mates were on your side. And you returned the feeling.

My friends at the consulting firm Corentus stumbled upon this insight through their 20+years of studying the DNA of great teams. I learned this on a wooded campus in Arlington, Virginia during their team coaching certification.

On the best teams, people are mutually supportive of one another’s professional goals. They achieve great heights by helping each other stretch and achieve the things that matter personally to one another.

Tips you can use:  In your next offsite retreat, make time for people to share their professional goals. Lead a discussion about how you can help one another find more enjoyment in the NeXus between people’s personal, professional dreams as well as the organization’s goals.

Our next post will tell you about ingredients 4 & 5 and leave you will the full recipe for the Secret Sauce of Great Teams.

Take Charge of Your View: Career Advice You Won’t Get From Your Boss

Lisa Prior, a 20-year veteran leadership coach and change consultant, is on a mission to help people build the career of their dreams. Unlike most self-help books that tell people to quit their jobs and follow a “do what you love and the money will follow” theory, Lisa challenges you to dig deep to develop yourself, your career and your organization in your current role, whether you work for yourself or someone else. Learn more »

"Baby Boomers [and Gen X generations] have the lowest level of engagement and the highest level of active disengagement… Employers would be wise to find ways to boost engagement among those in the middle generations, as they comprise 88% of today's workforce."